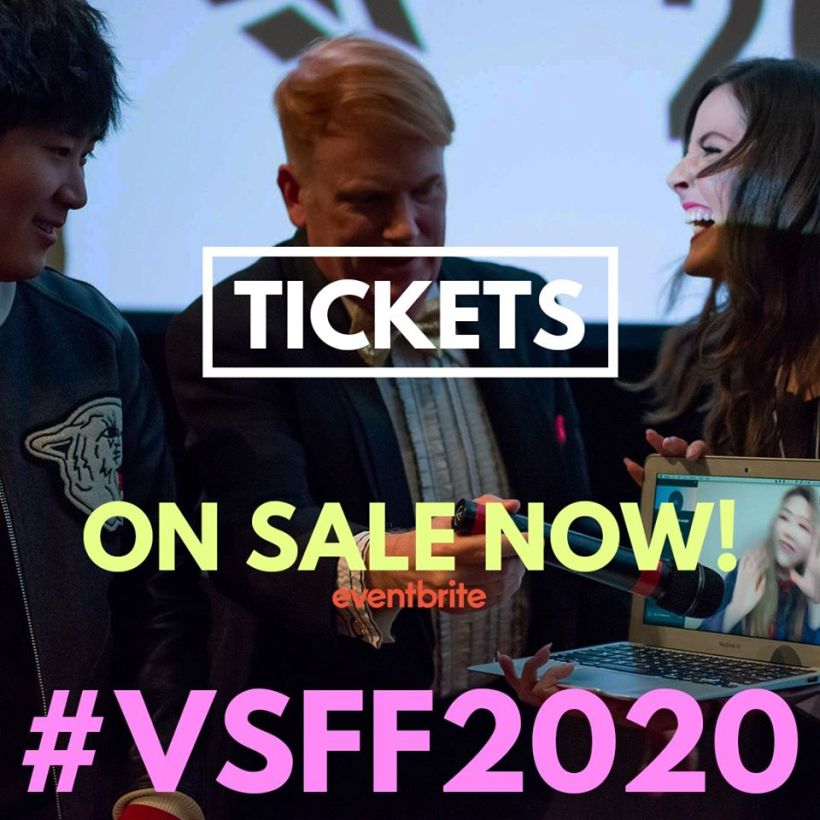 Once again we are excited to Community Partner with the Vancouver Short Film Festival, who are bringing their great line-up (as always) of short film, video and animation from West Coast Canadian filmmakers!!

The 8th annual festival event will once again be at the Vancity theatre, and will kick things off Friday Jan 24, 2020 with a 10 year retrospective screening at 7pm, followed by the Opening Reception at 9pm; for ticket and pass holders. ( There will be wine and snacks too!!)

Saturday is a full day starting at 1:30pm and ending with the ever popular After Dark Programme at 10pm. (we will be in attendance for that!). Sunday programme starts a little later in the day at 3pm and the last programme starts at 6pm. If you are a ticket or pass holder you are invited to their Awards Ceremony and Closing Party at 9pm!!

Tickets are available through eventbrite at: https://www.eventbrite.ca/e/vancouver-short-film-festival-tickets-87061608615?aff=ebdssbeac

Wishing the filmmakers, attendees, and organizers all a great festival!!!

Here is a breakdown of the films appearing in this year’s After Dark Programme:

Newfoundland, 1840’s. In a house, perched on the edge of the world, a destitute but hopeful young man cares tirelessly for his bedridden mother. As her condition worsens, the boy is plagued with feverish visions as he is forced to confront the dark presence that has descended on the house.

On an unsettling night in the 1940s, Alma, a religious mother of newborn twins, is constantly awakened by the disturbing sound of her crying babies. Using a new radio monitor to check on them from her bedroom, Alma encounters a series of unsettling events that might jeopardize even her own beliefs.

Two thirty-somethings find themselves in a rut. Work. Groceries. Laundry. Rinse. Repeat.  Another mundane day. Another trip home from the grocery store. Another meaningless fight in the car and an accident impacts their lives forever.  Reigniting their passion for life and one another in bloody love. First comes loathe, then comes murder.

A Coming of Age Sci-Fi Film about Lost and Found

Chani has been streaming her party all night, enticing reluctant friend Keara to come. When their app starts glitching and an unexpected guest arrives, technology’s dark effect on our lives and our minds comes into a horrifying new light. Based on real technology found in our everyday lives, Livefeed is a playful cautionary nightmare giving new meaning to the work ‘cyberattack’.

A novice horror screenwriter is confronted by his own genre.

A comedy-horror about a woman finds a seemingly innocent balloon outside her front door. She brings it inside. Things get weird.

A young man moves into a college sharehouse only to find his new roomates aren’t what he expected.